So many people are only interested in hope and magic.

I see it all too often.

People get all charged when I send a newsletter promising opportunity to my list or after I give a talk. They get a high, but it fades fast.

When you actually give them constructive, practical advice which (if followed) can give them result they want in the real world, or actually change everything for them, they drift off and fade away.

I learnt a surprising truth around the time I was 23: just by following up and taking action, you put yourself in an elite group of about 5% of people.

1 in 20 people (or perhaps less) will actually followup after the thing they want and do what’s necessary for it.

I love the action-takers, the DOers. And I often interview entrepreneurs, adventurers, and other freedom fighters each week on the podcast to hear their story and how they made it work, by any means necessary.

But I rarely share all of the details about my own story. It’s actually quite ridiculous, as I look back upon it.

How I started my marketing business — and found my mentor 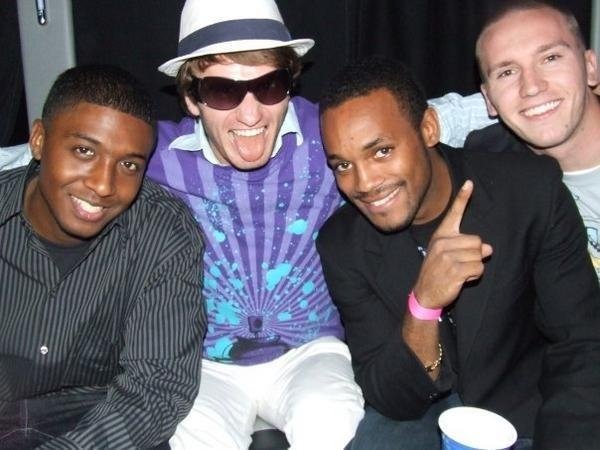 Around the time I was 23 I became the apprentice of a world-reknowned NLP practitioner who also happened to be co-owner of a strip club in San Diego. We connected through Facebook.

Lots of people wanted to work with this guy as he was highly respected but he told me once “None of them followed up, but you did.”

That was the start of a great friendship with my mentor and an interesting and entertaining chapter of my life. 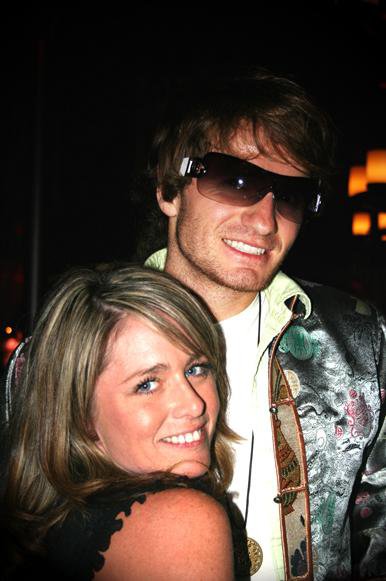 It begun in college. I had a brilliant idea for a business. I decided to start a party promotion business – “Magnum Promotions.” I’d make all kinds of new friends, be surrounded by beautiful women, and make money partying – can you say trifecta?

It was an exciting time.

I teamed up with my mentor and every week, sometimes a few times per week, we would load up limobuses and head to various nightclubs around town.

Each time, there would be maybe 4-5 guys and at least twenty women or more. One particular Wednesday night I was tasked to work with my friend Frank, a videographer, and interview the girls at our party.

We had a guest named Michelle “Bombshell” McGee who earned notoriety as the mistress of Sandra Bullock’s husband.

Later, I sold a video clip I recorded from that night to an online tabloid for $1,000, which seemed like a huge sum to me at the time.

That check contributed the seed funding that started my internet marketing career; I used that money as a downpayment on a $3,500 course / internet business model by Mike Koenigs. I didn’t have $3,500 to my name, so I paid over six monthly installments. I couldn’t make the subsequent payments yet, but it didn’t matter.

And that pretty much sums up the situation I was in when I started my business. After I made that $1,000 investment, I went balls to the wall and learned everything I could.

I learnt how to code and design websites. I learnt SEO, and Google Maps optimization. I learned video marketing. I read a book per week on marketing or copywriting or sales. Whenever I learned something new, I would work with my first client for free.

Thanks to that video clip, I went on to create what would become a full-service agency and lifestyle business that enabled me to earn six figures, work ten hours a week, and travel the world.

I never looked back. And I never had a job. I made it work, one way or another, for the last 9 years.

In hindsight, I made a lot of mistakes in my 20s. My plan to begin freelancing to supplement my income didn’t kick off quite as quickly as I’d hoped.

I couldn’t pay my rent. I moved in with my cousin, sleeping on the couch in a tiny one bedroom apartment. I ate nothing but noodles and frozen food. I picked up a couple of small freelancing graphic design jobs, but had no solid plan for how I was going to build my business.

Throughout it all, though, I faithfully stuck to my personal credo of “Err on the side of action” and “make mistakes of ambition, not mistakes of sloth.”

But I took a lot of action which wasn’t planned out at all and it send me off in all kinds of random directions. I’m (slightly) smarter about making decisions today.

Bottom Line is: always take action on what you want.

Some heuristics for guiding life decisions:

• Always err on the side of action
• Make mistakes of ambition, not of sloth
• Try to do things that make your friends say wow

While action is great, actions which are related to your core competencies (that overlap with your skills or passion) are best, or in a business sense, are complementary to the core product or services that you offer (and can benefit from each other).

An example is an ebook as a lead source to promote a consulting business — a worthwhile investment of time and effort.

Anyway, I have more fun stories to share from that chapter of my life along with some big breakthroughs I’ve learnt from the gurus my mentor introduced to me to which shaped my personal habits and how I see the world.

Hope you all have a great week.