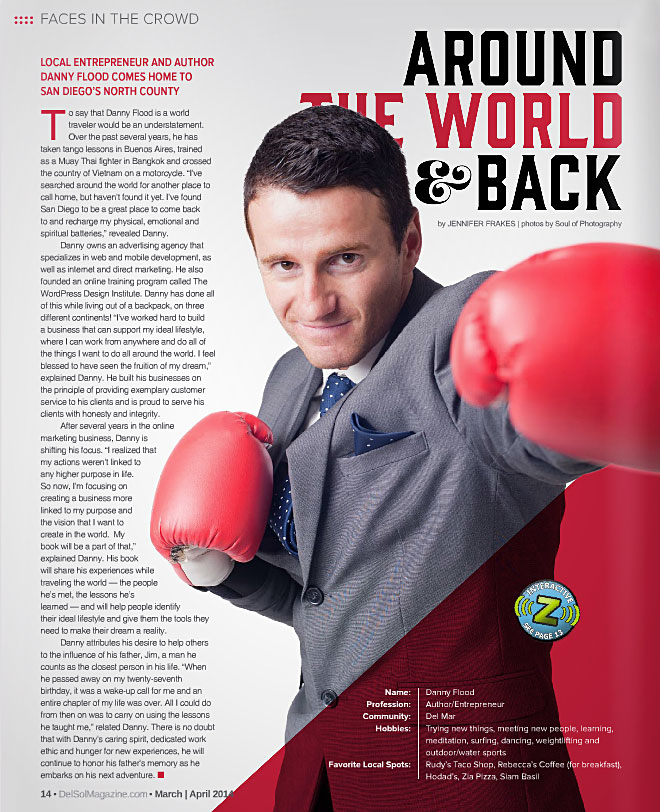 OpenWorld Magazine is the brainchild of Danny Flood, a location-independent entrepreneur from San Diego, California.

Danny Flood spent several years learning everything he could about the location-independent lifestyle: how to travel on any budget, maintain an income while traveling, and start a business from the road.

Danny has started three separate location-independent businesses that he successfully ran remotely from various corners of the globe. He provided digital advertising consulting to clients in the US from Argentina, built a mobile applications company while in Thailand, and created an online membership website while living in Brazil.

At 28, Danny has traveled to over 30 countries on four continents and done and seen many of the things that he wanted to. He has crossed half of Southeast Asia on a motorcycle. He’s rafted down the Amazon and climbed the tallest mountains of South America. He’s rappelled off waterfalls in the jungle and sailed across the South China Sea. He’s tangoed in the darkly-lit halls of San Telmo, Buenos Aires and fought in Thai boxing matches in Bangkok. Through his many adventures around the world, he has been robbed, fallen from bridges and motorbikes, hugged exotic animals, and nearly died several times in pursuit of his dreams.