Waking up in the morning and looking at the sea, making a fire and drinking coffee by the stove, exploring wild forests and eating berries, canoeing inlets and being followed by seals. I was complete; nothing to add or take away, everything fell into place without an effort.

My story begun at the top of a mountain.

I got my start working summer weekends training and mountaineering around Chamonix, France, to finally be ready for the big climb “Mont Blanc” the highest peak in the Alps. And there I was at the top, standing in awe of the countless mountain peaks around me.

When I made it back to the village where we’d left, I realized that the two days it took to reach the top and come back down had been the best days of my life so far.

How could that be possible? I had my share of amazing experiences in the past, but something was different this time. I realized that climbing Mount Blanc had long been a childhood dream of mine.

By fulfilling that dream, even though it was unintentional, I connected with a dormant piece of myself that lay buried deep inside me.

As I grew up, I felt my dreams had been pushed aside and replaced by what I believed to be realistic life goals. When and why did I start putting limits to my ambitions? There is nothing more real than dreaming of something we consider impossible and making it happen. Whatever the dream, if we are ready to invest everything we are into making it happen, we stand a chance.

Settling back in to my office in Geneva after spending my weekends on top of mountains became a painful task. I never felt like I truly belonged there, the city, the job, the lifestyle, it just wasn’t working. I had fallen into the habit of telling myself that for the time being, this was my life, I had to deal with it.

The endless “escape plans” I concocted as I gazed out of my office window I dismissed as pure fantasies. But that awe moment at the top of Mont Blanc wasn’t just a dream come true and a lifelong memory. The kid in me was back in the game and it changed the way I saw the world. The border between dreams and reality faded away. My big dreams came back. All I now had to do was create and seize opportunities to make them happen.

I decided to stop worrying about the future and follow my dreams no matter what. I was confident that opportunities I never knew existed, would present themselves to me during my journey. So without any further hesitation I quit my job, left everything behind and found myself on a bicycle in front of Notre-Dame de Paris on the 16th of April 2015. I was heading for North Cape (the northern most point of Europe, in Norway).

I decided not to seek for sponsors nor represent a charity. I wanted to do this adventure for me and did not want to disguise a selfish act into a charitable cause. I think involving charities in such events is a beautiful thing and I totally support it, but it didn’t apply to my situation and it would have been a lie to say that I wanted to cycle to benefit anybody but myself.

However, I did have a creative project in mind, and went on to shoot a documentary about hospitality and adventure travel. Hospitality is what I studied and I wanted to document what the true sense of hospitality is and how people from completely different cultures treat guests and passing strangers.

Rubber hit the road and I left Paris, one turn of the wheel after another. I lacked any training and was perched atop a 50€ bicycle that I bought online and restored. I wasn’t alone on the bike though, I had the company of 35 Kg of luggage to “survive” out in the unknown (mainly camera gears – not so useful for lighting a fire).

To my surprise I wasn’t even scared on that first day. Looking back, I realize that ignorance was a bliss, I couldn’t have possibly imagine what living on the road meant.

I deliberately did not plan much, but was now facing the fact that I lacked most of the skills to live a nomadic life. I guess I was going to be learning by doing! 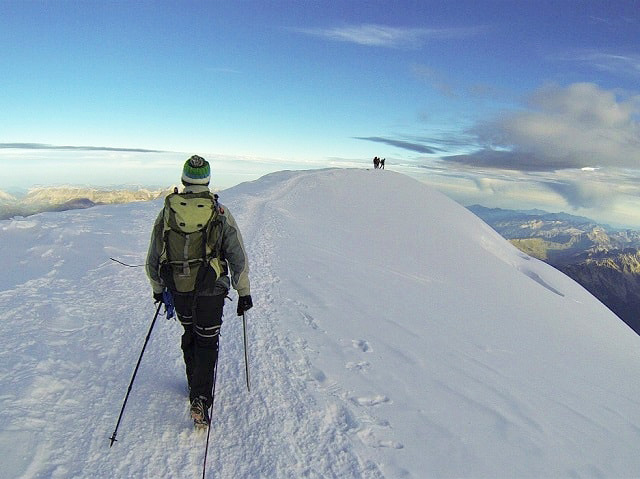 I went on to make it to the top of Europe at 2:30 am after an epic day
of rough weather with constant rain and side wind.

For my first wild camping night, I cycled around for two hours desperately trying to find a perfect “hiding” spot. I didn’t want anybody to find me. I listened to every noise from the forest around, always thinking “It must be someone walking towards my tent.”

I was a little bit paranoid, but this improved a lot with time. I quickly felt more confident being alone. I started to make camp fires and cook on the embers. I stayed out to enjoy the starts, which eventually faded away, dazzled by the midnight sun that came after passing the Arctic Circle. By the time I reached Laos, I could sleep like a baby even though I was in the jungle! 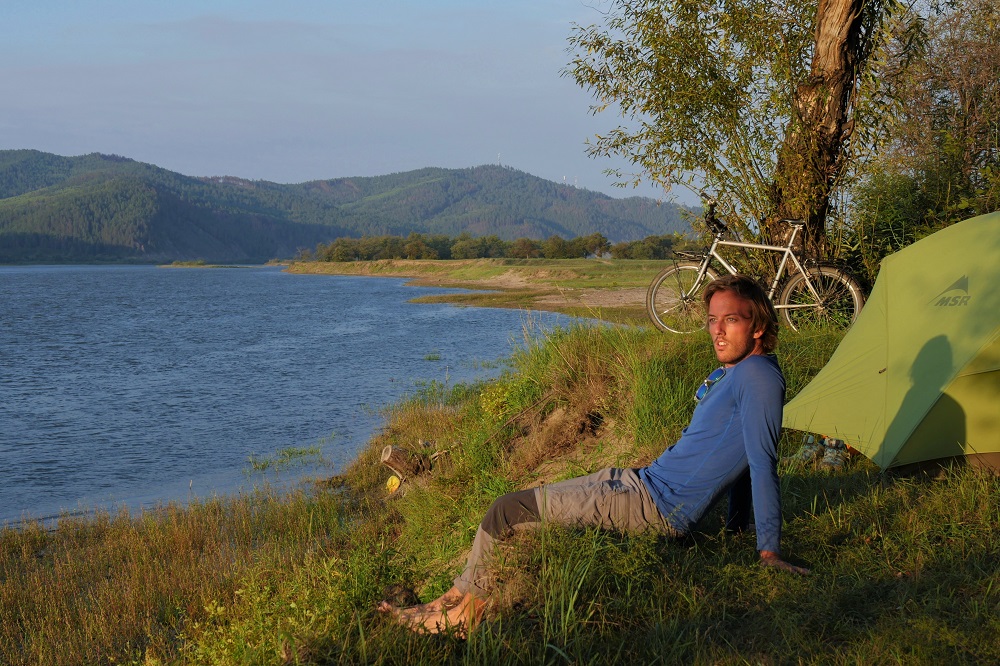 Camping alone in untamed Siberia, Russia, feeling wild and free.
No one else around for a hundred kilometers. 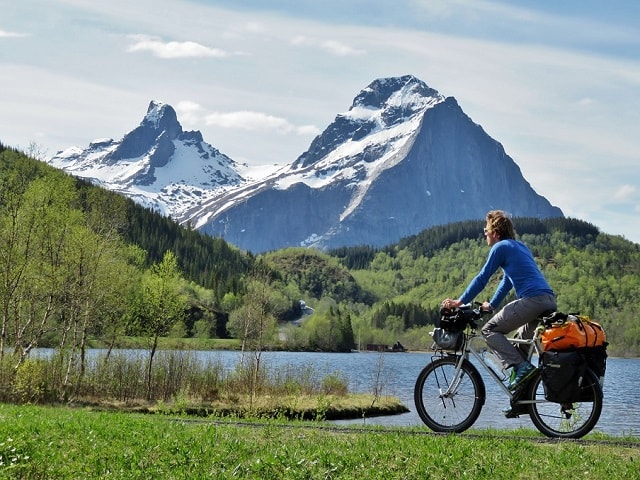 Norway’s landscapes are breathtaking! The daily showers and often near freezing june temperatures turned the cycling trip into an Epic Adventure!

Being invited into a stranger’s home was also a growing pain at first. I was afraid to ask for help and did not quite know how to say yes to someone who offered a place to stay. This kind of generosity is beautiful and it’s heartwarming to realize that it still exists in our individualistic society.

But I still felt like an imposter at first. There was nothing wrong with me; I wasn’t in serious need, I had chosen to be there, and thought I didn’t deserve to be helped. Eventually I got used to it and tried to bring my stories into the home of my hosts in exchange for accommodation. It was a win/win and I slowly became a storyteller (in the form of a dirty and exhausted wanderer).

“It was a series of getting beaten down one day and fighting my way back up the next, always rising a little higher.”

The act of cycling itself wasn’t too difficult. Most of us can ride bikes, the body gets used to the effort and it will work as long as you take care of it and feed it (in most cases).

What I found the most difficult was to overcome internal obstacles. I’m talking about, fear, pain, loneliness, boredom, to only name a few. We tend to become so good at avoiding those in our daily life that it takes a lot of willpower to face, accept and be comfortable with them. The good thing is when you’re alone on the road you don’t really have a choice, you have to deal with it!

The only escape from my mind that I allowed myself was to watch a TV show on my computer before going to sleep. By the way, you can’t beat watching “The Walking Dead” in the middle of the Gobi Desert. I’ve never been as scared as when I took my earbuds out and realized the barking dogs were not from the show, but actually around my tent! God, I almost peed in my sleeping bag! 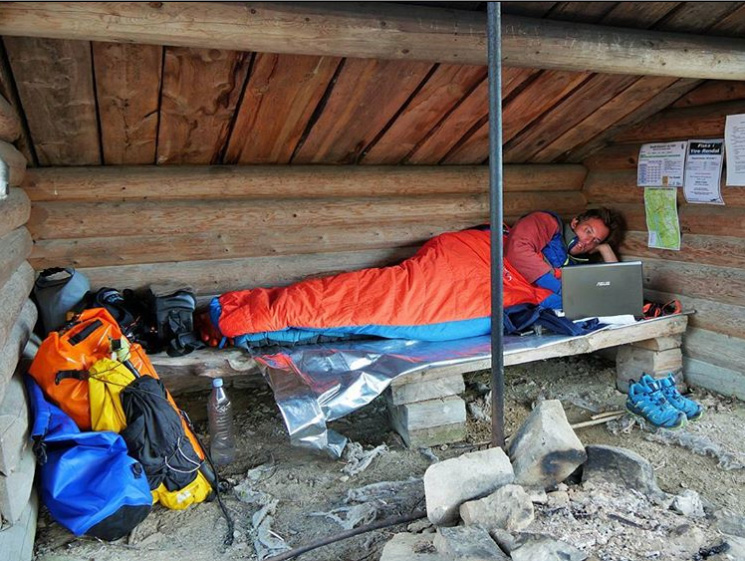 This trip has changed me more than all of the previous life experiences I had put together. It wasn’t a slow imperceptible process as we are used to. I could literally feel myself changing from one day to another. It was a series of getting beaten down one day and fighting my way back up the next, always rising a little higher. 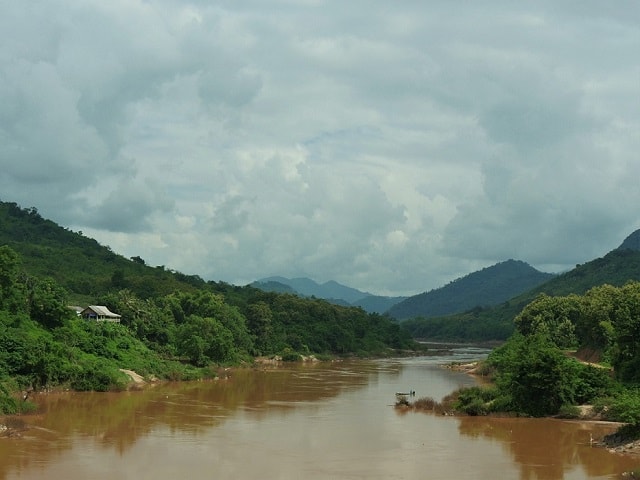 Crossing the Nam Ou river in Northern Laos. An area of unparalleled scenic beauty, I rode in awe of the magnificent spectacle of nature all around me.

This life was not easy, but knowing that I was the only one responsible for what happened to me (the good, the bad and the ugly) made the whole process a lot easier.

Something that still strikes me is that I can remember about 95% of my days last year (not just an overall memory, I mean day by day). That’s what happens when the brain is awake and busy learning and adapting to an ever changing environment around you. The feeling is magical.

In a time when humans have been to most places on earth, it’s important to understand that it doesn’t matter if someone has set foot on the same pass, sailed faster or cycled further. The most important and valuable part of exploration is the journey itself.

We can read a thousand books about travels and adventures, brag on the Internet about some quotes telling us to “Push the limits”, but we can only truly get it, only touch the truth, when we get out there and experience the journey with our own eyes and heart. Then only we can say “I understand.”

About the author: Grégoire Mével is a 27 year-old adventurer from Switzerland who has, among other things, walked around Sri Lanka and cycled solo across Eurasia. Follow him at gregoiremevel.com.

"When it comes to friends, you only get a few of t

Trip back in time three years to the magnificent a

The past is gone, the future is not guaranteed, th

Some of my favorite views from my recent road trip

Your expectations are keeping you unhappy, here's

The emotional domain we share with others is a dir

Never before thought that the greatest health "hac

One day I will find the right words, and they will

My heart feels so full of gratitude that it might

Sunset at Thuyen Lam pale in the mountains of Sout