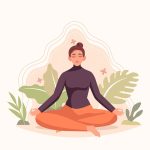 The Limitless Life Podcast: Create Your Compelling and Vibrant Future
#126 - Can the Worst Thing Be the Best Thing?

Is there a possibility that the worst thing that you can imagine happening could actually be the best thing?

Your life is going to be long and one of the only ways to not be dragged down into bitterness and live a happy life is to develop resilience. Anything you think might seem bad in the moment, can and often does turn out to have positive effects in the long-term.

Maybe you don’t see it today but one week, one month, or one year in the future, you might see things differently.

There is a well-known Chinese proverb about a horse who ran away from a farmer. As it was his only horse, his neighbors sighed and said “What terrible luck.” But the farmer shrugged and said “Maybe so, maybe not. We’ll see.”

A few days later, the horse returned home, leading a few wild mares back to the farm as well. The neighbors shouted out, “Your horse has returned, and brought several horses home with him. What great luck!” The farmer replied, “Maybe so, maybe not. We’ll see.”

Later that week, the farmer’s son was trying to break one of the mares and she threw him to the ground, breaking his leg. The villagers cried, “Your son broke his leg, what terrible luck!” The farmer replied, “Maybe so, maybe not. We’ll see.”

A few weeks later, soldiers from the national army marched through town, recruiting all the able-bodied boys for the army. They did not take the farmer’s son, still recovering from his injury. Friends shouted, “Your boy is spared, what tremendous luck!” To which the farmer replied, “Maybe so, maybe not. We’ll see.”

The moral of this story, is, of course, that no event, in and of itself, can truly be judged as good or bad, lucky or unlucky, fortunate or unfortunate, but that only time will tell the whole story.

Heroes are born in hard times and adversity shapes us and makes us stronger.

Life doesn’t always give you what you want, it gives you what you need. Like a child who wants cake, he is given vegetables instead.