It isn’t going to be easy to single out only six places in Istanbul that are worthy of the ‘not to be missed’ list, but here are the six attractions that come to mind when considering Istanbul’s enchanting sites and sounds. 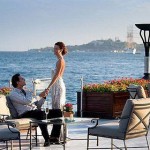 Couple near the Bosphorus River 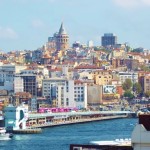 View of the Bosphorus river in Istanbul 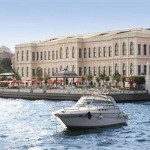 Magnificent view of the Bosphorus 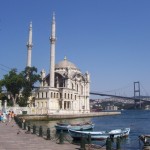 There are more amazing sights to behold during a cruise of the Bosporus River than one can even imagine. There are not many better ways of seeing Istanbul in action than from one of those cruise boats. And while most of the attractions in Istanbul consist of buildings, markets and museums, the Golden Horn has its own significance – its existence as a dividing point between the northern district and old Istanbul, the southern district.

View of the fourth courtyard 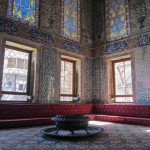 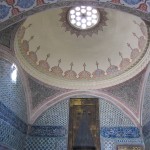 Let’s face it, 400 years of sultans (Ottoman) can’t be wrong. And that’s exactly who this stunning example of architecture was made for. It’s hard to decide what are more over here – rooms or artifacts. Both number in the hundreds!  Artfully decorated tiles adorn the more than 250 chambers that were once home to a harem. Be sure not to miss strolling through beautiful courtyards and the Imperial Gate.

Balcony view of the Loge of Empress 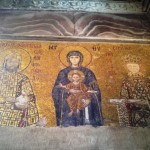 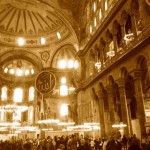 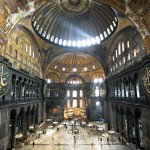 Inner hall of the Hagia Sophia

In a word – gorgeous! First, a church for Catholics, next a Cathedral for the Greek Orthodox faith and finally a mosque, it is now one of the most beautiful buildings in Istanbul. A sight to behold during the day and at night – lit up like a Christmas tree – literally breathtaking. The architecture is diverse and the mood majestic. Byzantine architecture is apparent at every turn, certainly a travel sight not to be missed from your bucket list. 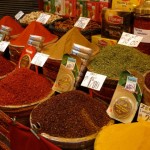 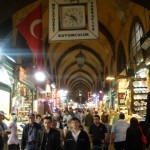 Grand Bazaar is a busy place

The word ‘grand’ doesn’t even begin to describe this shopper’s paradise! Millions of barterers and bargainers have made this one of Istanbul’s most popular landmarks. Will you stop here to pick up souvenirs or just to enjoy the loud hustle and bustle of open markets? You will marvel at the more than 5000 vendors doing business on a daily basis. And if after all the haggling, you don’t get the piece of pottery at the price you want, no problem. Simply stroll down a ways and rest assured, you can haggle with someone else about a similar piece. 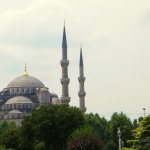 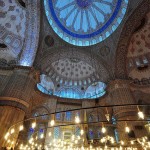 Inside the Blue Mosque, Istanbul

Exterior of the Hagia Sophia at night 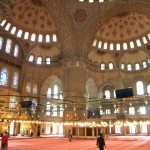 Inside the Blue Mosque

Exterior of the Blue Mosque

And yes – it’s blue! Or at least many of the tiles that help make up another example of outstanding architecture that is not only common but quite the norm in so many of the sites in Istanbul. This mosque boasts six minarets surrounding the indoor domes! More tiles await you inside this mosque, which are not only hand painted but numbering over 20,000. If you know your structures, you will possibly see the mix of elements consisting of Byzantine and Ottoman. 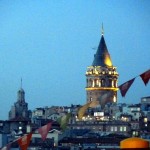 Galata Tower in the evening 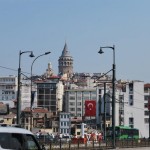 Can you see Galata Tower peeking out?

And if you still have time to kill, because five magnificent ‘must sees’ is simply never enough, stop at Istanbul’s Galata Tower. If you thought the view of the city was beautiful from the cruise boat wait until you see the view from the top of this tower built back in 1348. Now it is an observatory but back in the days, it was used to house prisoners of war. If you’re looking for a little bit of exercise, you can simply ignore the elevators and walk the stairs of this incredible tower!