All too often we think that travel is all about the destinations you visit, the temples or museums, and the photographs of picturesque beaches.

But that’s only half the story.

For a true traveler the inner journey is far more important.

It’s about taking that first step in to a larger world, leaving behind our warm hearth for the cold night.

In my mind, travel is the greatest journey of personal transformation that you can take in your life.

The more you leave behind your old world and embrace the new worlds out there waiting for you, the stronger the effect.

Travel has dramatically changed the lives of numerous individuals throughout the past and present: 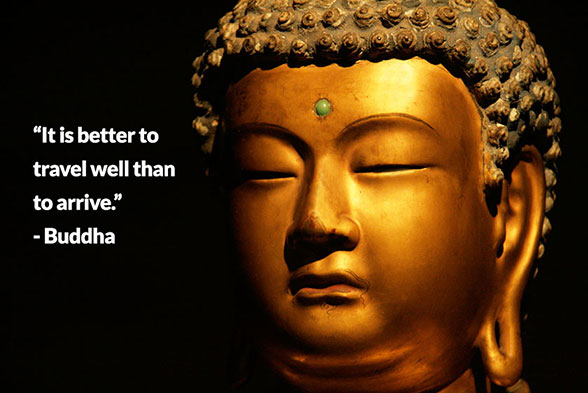 Left behind a wife, children and a palace because he was dissatisfied with having the truth hidden from him. So he went out into the world to discover the truth, and his journey echoed down through thousands of years and inspired billions. 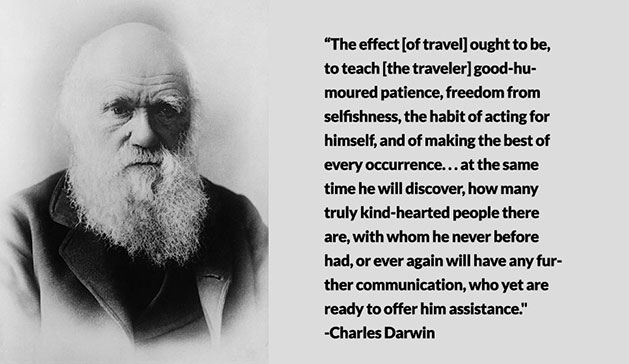 His travels took him across the Pacific and Atlantic Oceans, most notably to the Galapagos Islands while developing his theory of natural selection. Often overlooked are his explorations through the Peruvian desert and Argentinean plains. His travels changed the way we looked at the world. 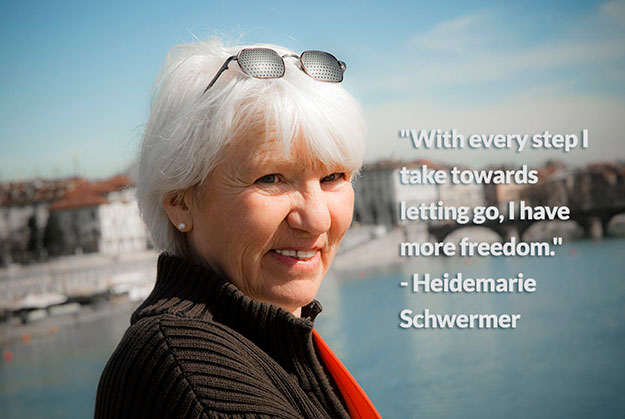 She’s created a documentary called “Living Without Money.” She’s been traveling around for the last 14 years without any money to remind people what’s important. 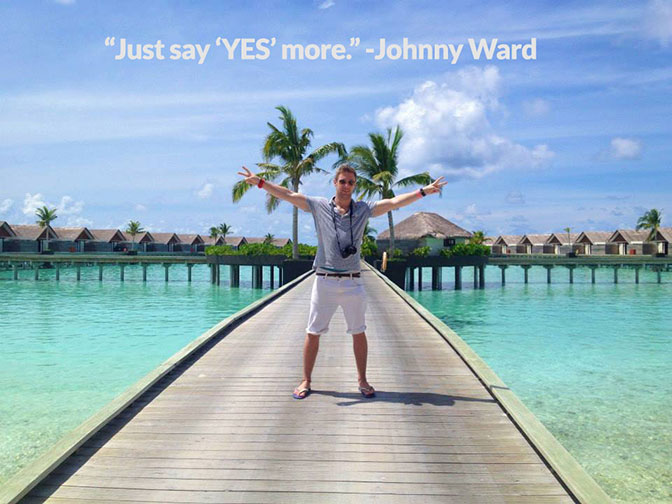 Ditched a career in finance in his native country in Ireland, and booked a one-way ticket to Thailand. He wanted it so badly that to raise the money he locked himself in a hospital for a month so they could perform medical experiments on him!

Now Johnny has visited 100+ countries, earning more than he ever would have if he stayed home in a cushy finance job, and he’s become a living legend, inspiring thousands of people around the world. 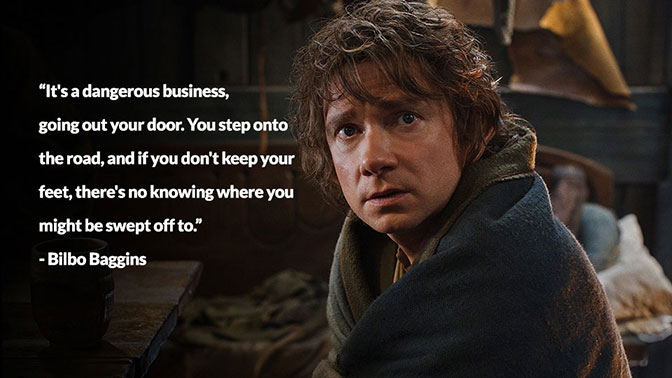 In the US today, two-thirds of Americans are “actively disengaged” with their work and dissatisfied with their lives.

Surely there must be something missing out there that remains to be discovered. There is some void yearning to be filled.

If you ask these people how they are, they will tell you that they are “fine.” Life isn’t about being “fine” – I truly feel it isn’t. It’s about being “fantastic” and so fired up each day that you can’t wait to get out there and see what’s waiting for you.

Life is too short – and our time too precious – to waste living a half-life, one that wasn’t meant for us.

In my case, I had a simple life back home, but I did not know who I was. I was instructed which religion to put my faith in, and what politics to follow.

Before travel became a part of my life, I did everything I was told to do, but it wasn’t working. Something huge was missing from my life. Travel has helped me discover what that was.

Let me illustrate the point with some examples.. 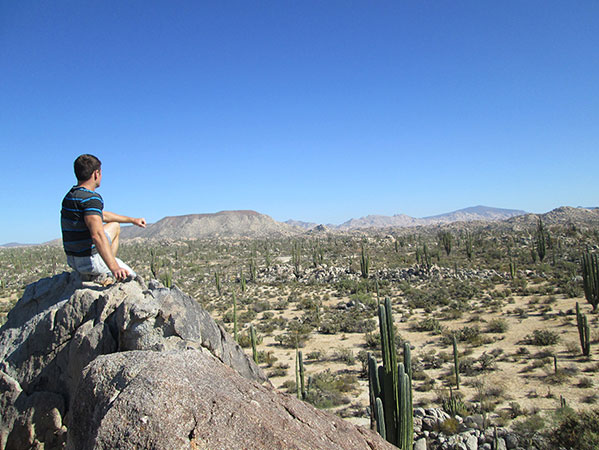 Catavina desert, Mexico. A land where time has no meaning. 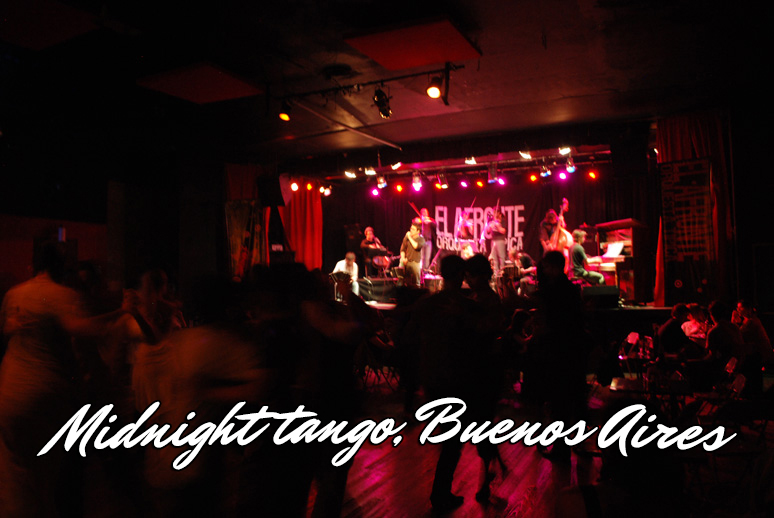 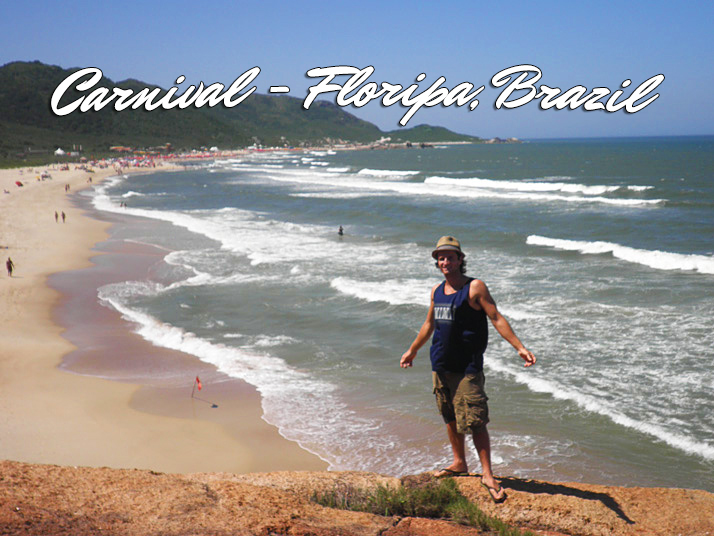 I’ve come to know the hospitality of the Philippines. 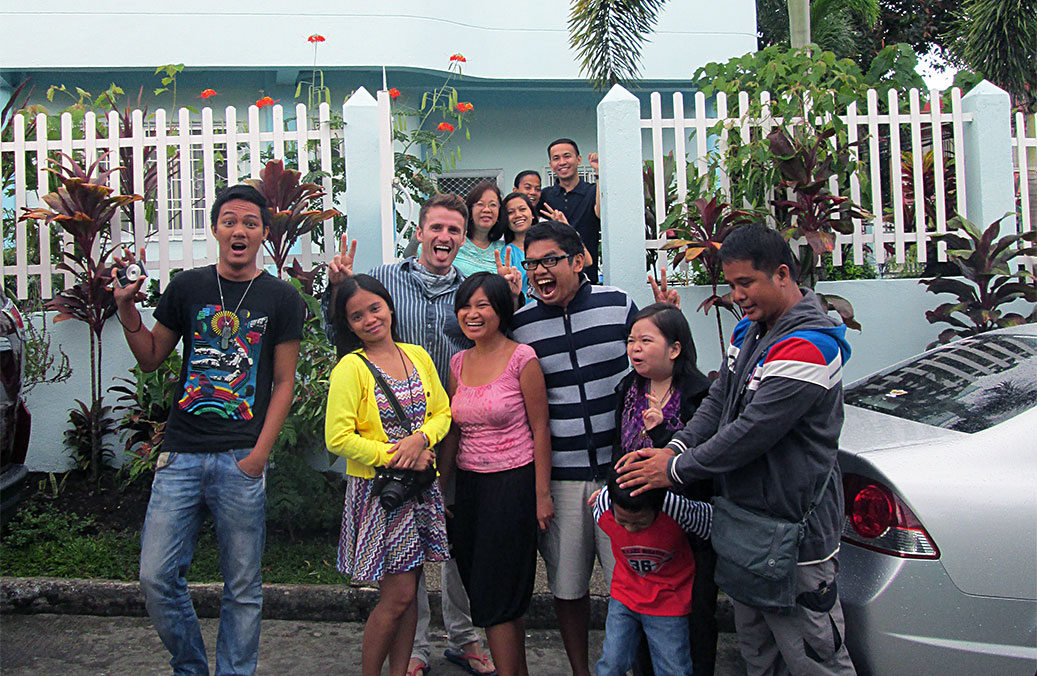 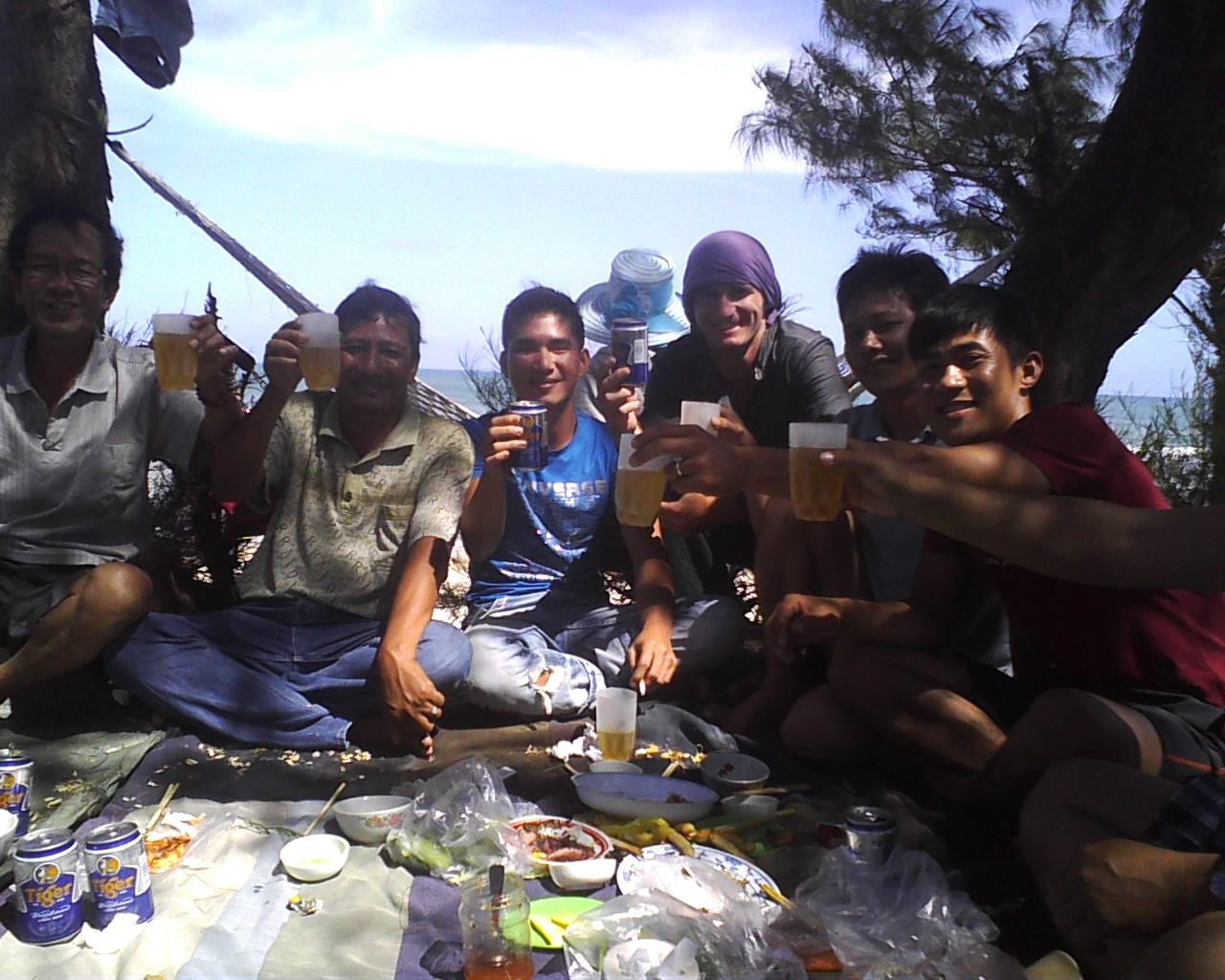 Toasting with locals in Central Vietnam.

My religious and political beliefs have become far less rigid. 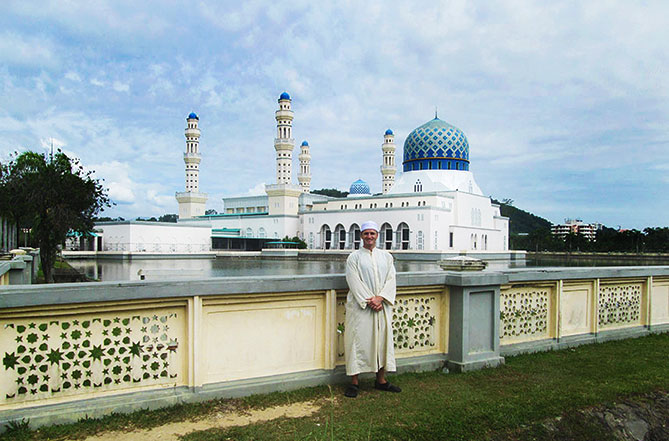 Vietnamese communists and American capitalists are both seeking the same fundamental things in life; same goes for Christians and Muslims.

The spirit of exploration and adventure has never died out; it has grown only stronger the more I travel.

Before travel, I thought that California had the best sunsets in the world. I was wrong. Nothing could compare to the dazzling multi-colored spectacle of the pre-twilight hours in Guam.

Or the dramatic cloud formations that provided a contrasting backdrop against the proud Khmer monuments of Phnom Penh, Cambodia. 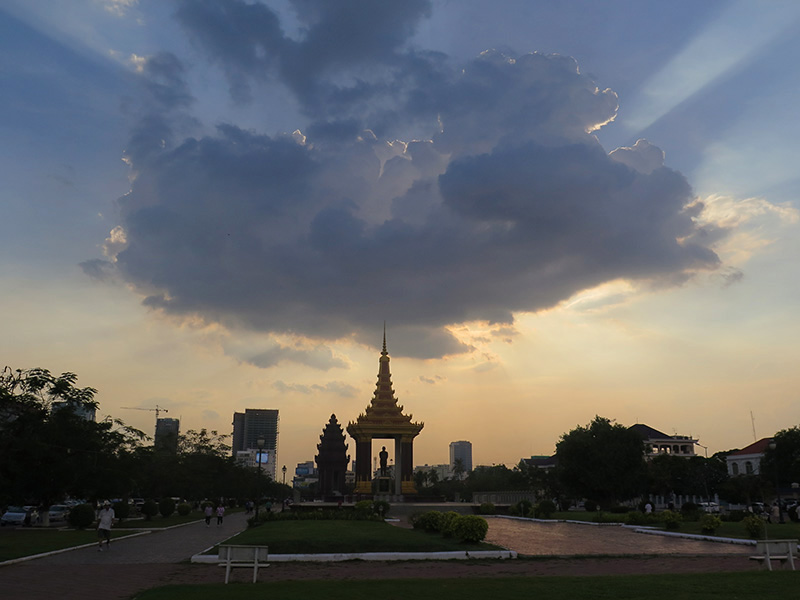 As the world slowly turns we all live under the same sun, stars, and moon and our lives are all intricately connected as one.

Principles That Travel Has Taught Me

The difference between independence and interdependence

Independence is what I used to strive for. Many of us today live, work, and die thinking this is the highest ideal that we can strive for.

Then I learnt about interdependence. When you travel, you become vulnerable and humble. You learn that it’s ok to ask for help from a stranger, because you’re lost in the middle of nowhere. Or hitchhike and accept a ride from a stranger. Or even a couch to sleep on.

We’re all in this together.

I’ve learned to accept and love every person I encounter because I know that they are the same as me.

It is not a love of infatuation, but a slow, deep, lingering appreciation.

Because our lives are all connected.

If you see a fork in the road, take it.

Long-term continuous travel has allowed me to shed different layers of baggage from my life. As one layer of social conditioning and emotional and societal baggage disappears, I become pulled deeper into life itself and the world’s many mysteries, blessings, and lessons, begin to unfold and multiply at an increasing rate.

Before, I was too blind to see them, but as time passes I see more and more of them. Things I never knew – could never believe – to exist.

This world is hungry for a new generation of leaders, thinkers, adventurers, and explorers who can push the limit further than it’s ever been taken before.

Step outside of your comfort zone and join me. Become an explorer. Allow yourself to get lost and let your own story unfold.