Timbuktu (French: Tombouctou) is a magical destination. Having wanted to visit this ultra-exotic city for dozens of years, I found it to be everything I imagined and more. 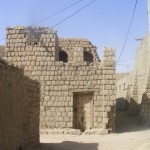 Back streets in Timbuktu 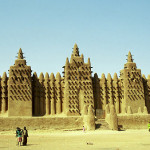 Timbuktu, on the banks of the Niger River 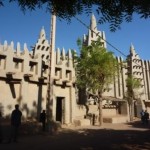 Mopti – the largest mud mosque in the world

Timbuktu is in central Mali, formerly French Sudan. On the Niger River at 16 [degrees] N and 3 [degrees] W, it is surrounded by sandy dunes formed by the southern scrap of the Sahara.

Banks of the Niger River in Timbuktu

Desert and rock formations in Timbuktu

Life on the Niger River

On the road to Timbuktu

In years past the waters of the Niger reached Timbuktu, making it a port. Thus, in days gone by Timbuktu was described as “the meeting point of the camel and the canoe.”

Today, the industries of Timbuktu are cotton weaving and earthenware; the greatest number of people are involved with trade.

The very colorful Tuareg people in their blue robes and turbans are quite a striking sight. I found them to be most friendly and honest. Photogenically, they are a very aristocratic subject. However, the Songhai are the dominant ethnic group. In years past, Timbuktu’s population once reached 100,000. It is only 6,000 today. 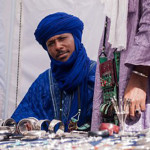 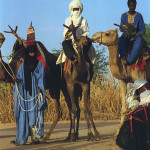 Group of Tuareg on camel 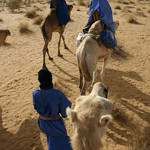 Group of Tuareg traveling by camel 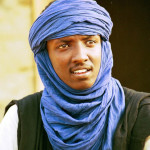 The Tuaregs came to Timbuktu in the 11th century and in the 13th century the Mandingo kings of Mali came to power. Its fame as a marketplace for salt and gold was known in Europe.

About 1500, Timbuktu’s university was the chief center of Muslim culture for the peoples of Sudan.

In the 19th century the Europeans showed revived interest in the area by sending Major Gordon Laing, who reached Timbuktu from Tripoli in 1826. Other Europeans and even Americans came, but most of the early explorers met death at the hands of warlike tribes.

The French placed bronze tablets on the houses that had been occupied by four travelers; Laing, Barth, Caillie, and Lenz.

The house in which he stayed is west of Sidi Yahiya Mosque, which possesses a prominent tower and is located in the middle of town.

To reach Timbuktu, modern-day visitors can fly Air Afrique from New York via Dakar and on to Abidjan. A biweekly flight continues on to Bamako, Mali. Then, you must fight to get a seat on Air Mali’s Russian-crewed Aleutian turboprop to Mopti. Mopti is worth a week of exploration into the Dogon country with its striking architecture.

From Mopti you can fly along the eastern banks of the Niger River to Timbuktu. (This flight is always overbooked, so plan ahead).

I recommend the tour company Timbuktour’s. Mohammed Ali and his son Mohammed Ali will take you by Land Rover to the Sofitel Hotel, which is comfortable. However, when you bite into the delicious-looking French roll in the morning, remember that is actually Sahara sand you are tasting.